With a core of outstanding holes and an unmistakably adventurous streak, Royal Adelaide provides a platform for creative shots and an extremely enjoyable golfing experience.

Although the original Royal Adelaide Golf Club was founded in June 1870, it survived but a few years. The current club, founded at Glenelg in 1892, moved to the sandy craters and dunes of Seaton along the city’s western railway in 1904. The Seaton site remains the home of the club and indeed the railway that runs between the city and Glenelg Beach.  Royal Adelaide  was granted approval to prefix the title ‘Royal’ in 1923.

Despite its many alterations, including work by Dr Alister MacKenzie in 1926, Royal Adelaide retains the distinctive character of a comparatively open links course. MacKenzie’s gift to the club was to leave behind the extraordinary 3rd hole that, with a frontal pin, may well be one of the best short par fours anywhere in the world.

The first bungalow-style clubhouse was ready for occupation at the end of 1905 and since that time there have been countless additions and alterations to accommodate the increasing number of Members and their varying requirements. 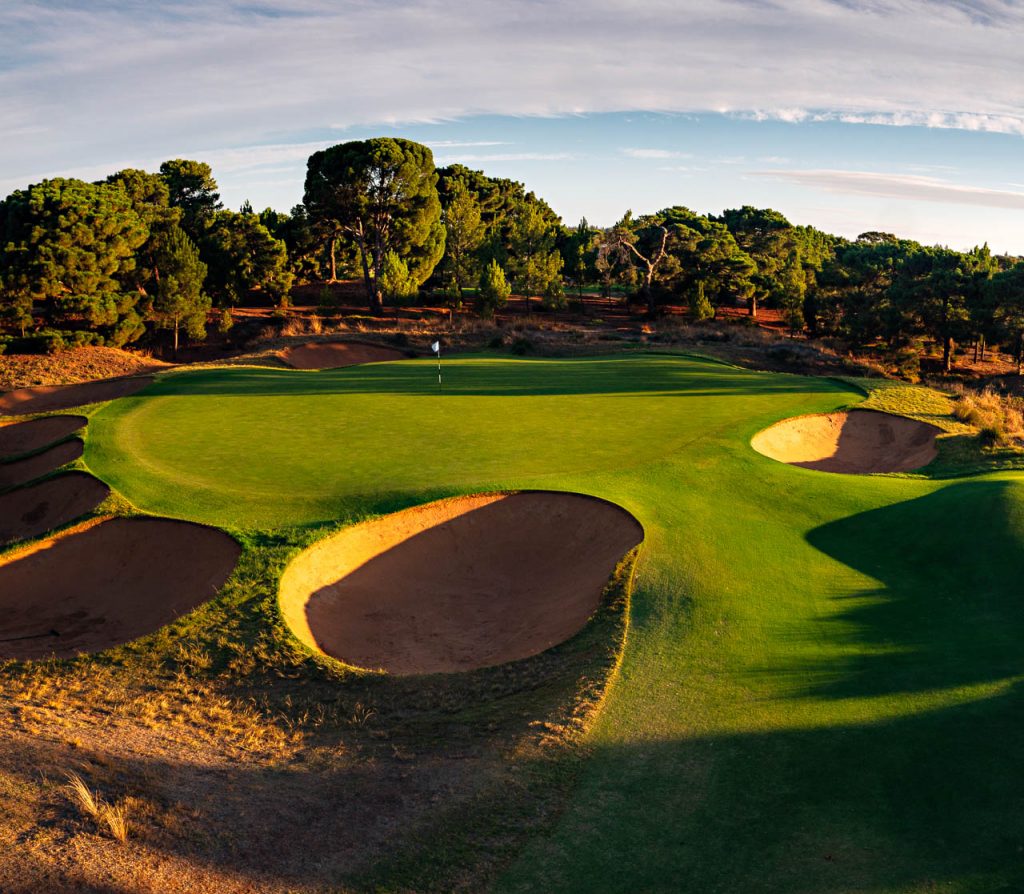 Royal Adelaide retains the distinctive character of a comparatively open links course, an attribute by no means common in this country. It is this character which members and visitors alike recognise as a priceless asset in a golf course situated so close to a major city. Taken as a whole, the Seaton course, with its wide open spaces, poses more problems than appear at first sight, except under the most benign conditions. Most members are more than happy to complete their round having played to their handicaps.

Designed by Dr Alister MacKenzie, this short par 4 is the introduction to the sand dune country after the relative flatness of the first two holes. The natural dunes gave the 3rd all the necessary golfing elements needed for a classic two shotter without the use of a single bunker. All that was required was the building of a tee and a green – the rest was left to nature.

From a tee perched on the side of the railway line, the tee shot calls for a clear decision from the golfer. For the brave golfer who gambles on a driver from the tee, the hole is reachable but the tee shot is blind. As the fairway beyond the ridge slopes from right to left down from the dunes, the drive must be precisely threaded down the right edge of the fairway in order to receive a favourable kick towards the green opening.

Prudent players may hit a 3-iron to the top of the ridge that traverses the fairway, leaving a tricky wedge shot into a long and narrow green. The green is slightly angled across the line of play and guarded at the left by a steep, narrow embankment, covered by heavy rough.