Boasting two-top rated courses, accommodation, indoor pool, gym, food and beverage and recreational facilities, Peninsula Kingswood is the epitome of a world-class Country Club facility and the first club of its kind in Australia.

Peninsula Kingswood was born from the merger of two established clubs, each a century old. After extensive developments and the addition of accommodation, food and beverage and additional recreational facilities including indoor pool, bowling green, gym, tennis court, the new Peninsula Kingswood has established itself as a super facility on-par with the world’s best.

Both prestigious in their own right, Kingswood Golf Club and Peninsula Country Golf Club were boast a long history as exceptional golf facilities.

Initially established in 1923 as a residential golf house, The Peninsula Country Golf Club was designed by Scottish course designer Gordon Bernard Oliver, a member of the Royal and Ancient Golf Club of St Andrews.

In 1924, a small group then took the steps to acquire the property for the purpose of establishing a private country golf club. Eventually the group acquired the club and in 1925 the facility became known as The Peninsula Country Golf Club. 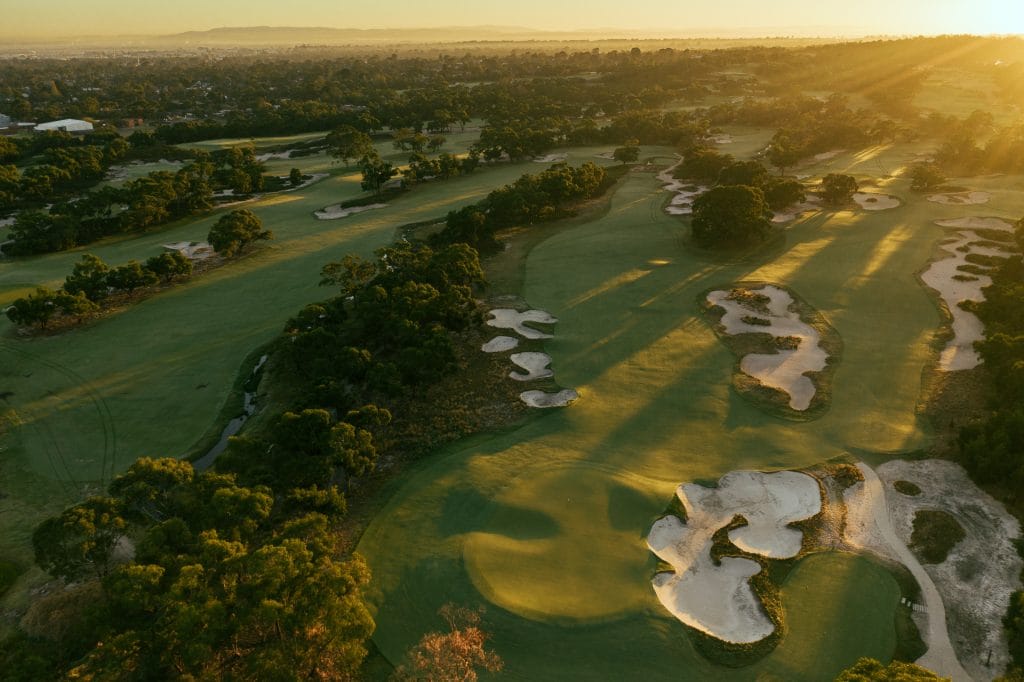 In the early 1960s a decision was made to build a new clubhouse at the present location, and to create two 18 hole courses. New Zealand designer Sloan Morpeth incorporated six of Oliver’s holes from the original course into his designs for the new North and South courses, set amongst 450 acres of beautiful native bushland. 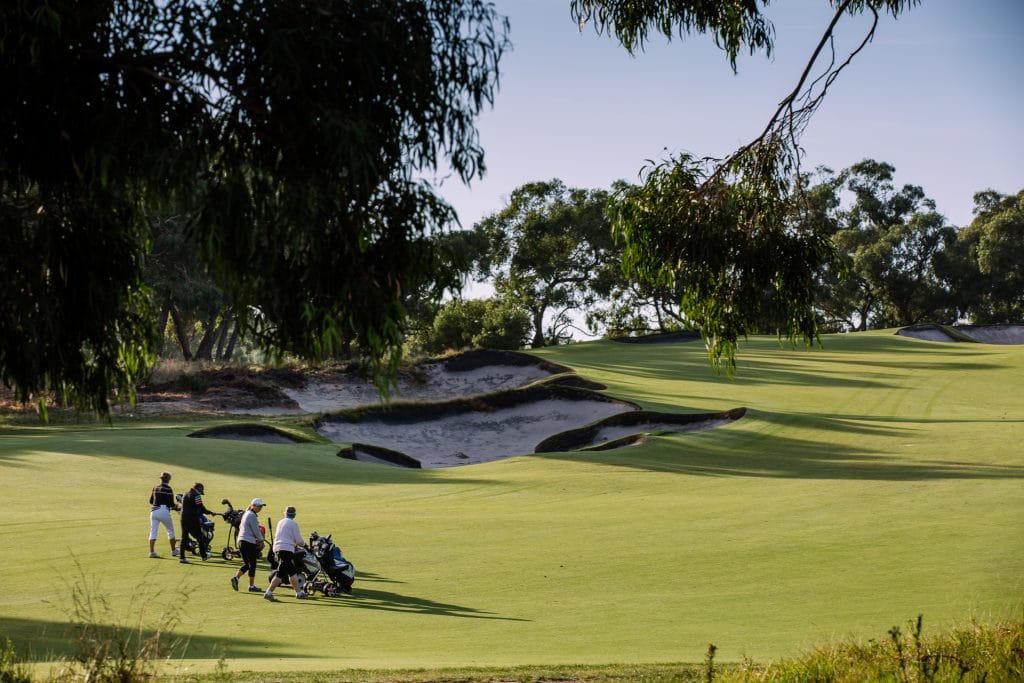 A true ‘Country Club’ since its inception, Peninsula Kingswood offers a range of luxurious accommodation options and non-golf facilities. The clubhouse contains 8 luxuriously appointed accommodation rooms. Additionally, spacious  on-course villas are nestled discretely around the complex. The villas feature an expansive living space and deck with views of the course and surrounds.

The clubhouse is also known for the quality of the food service and the extensive wine list. Regular visitors have been staying at Peninsula for over 40 years enjoying the Club as their home away from home. 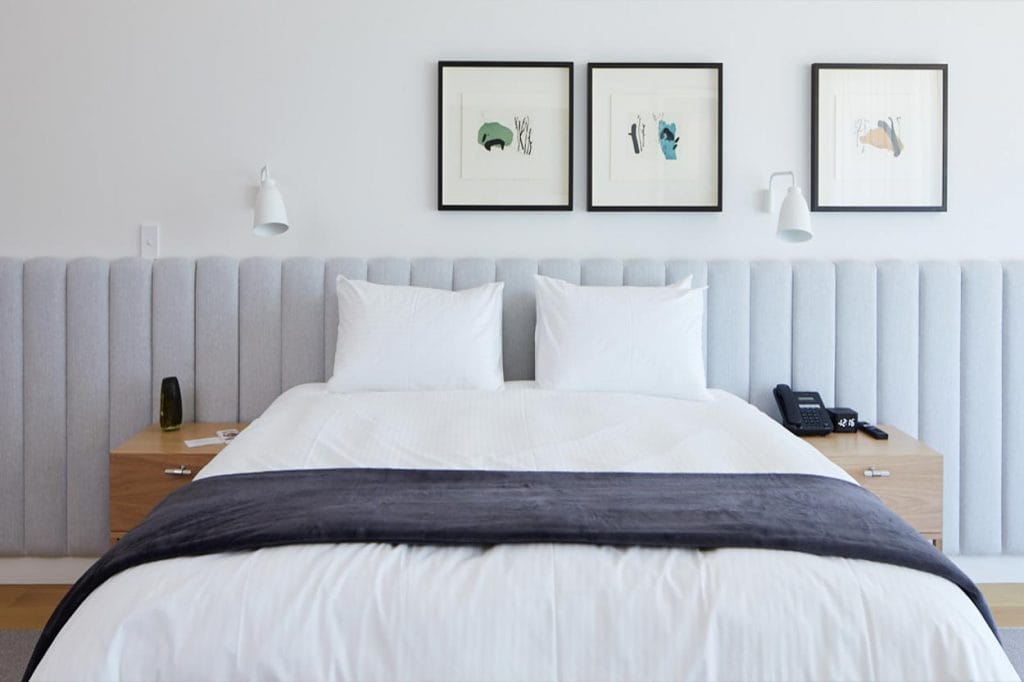 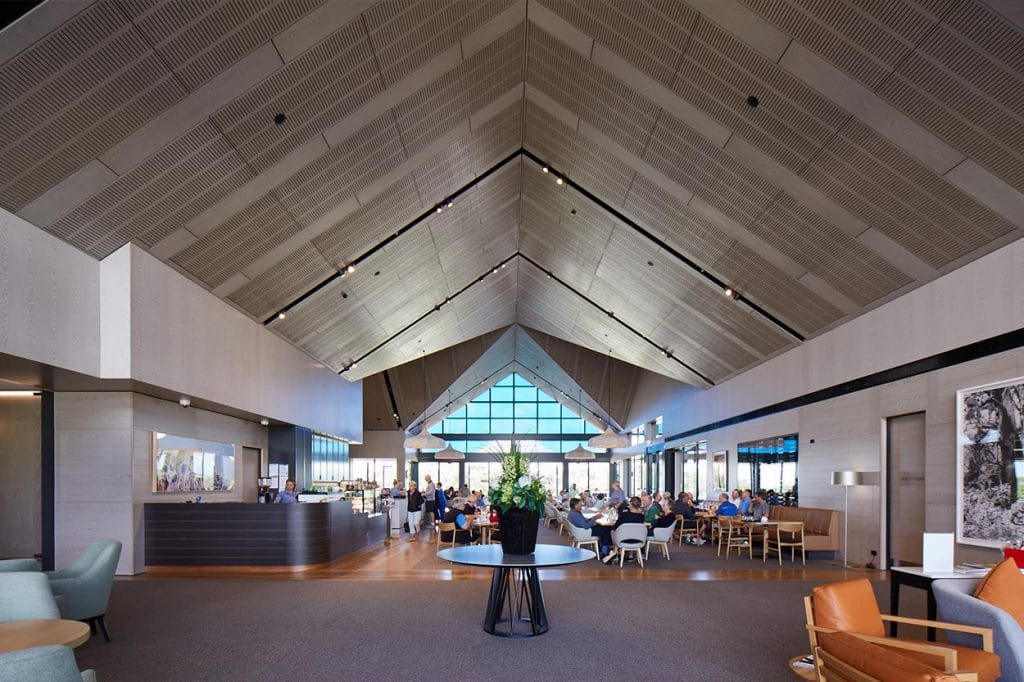 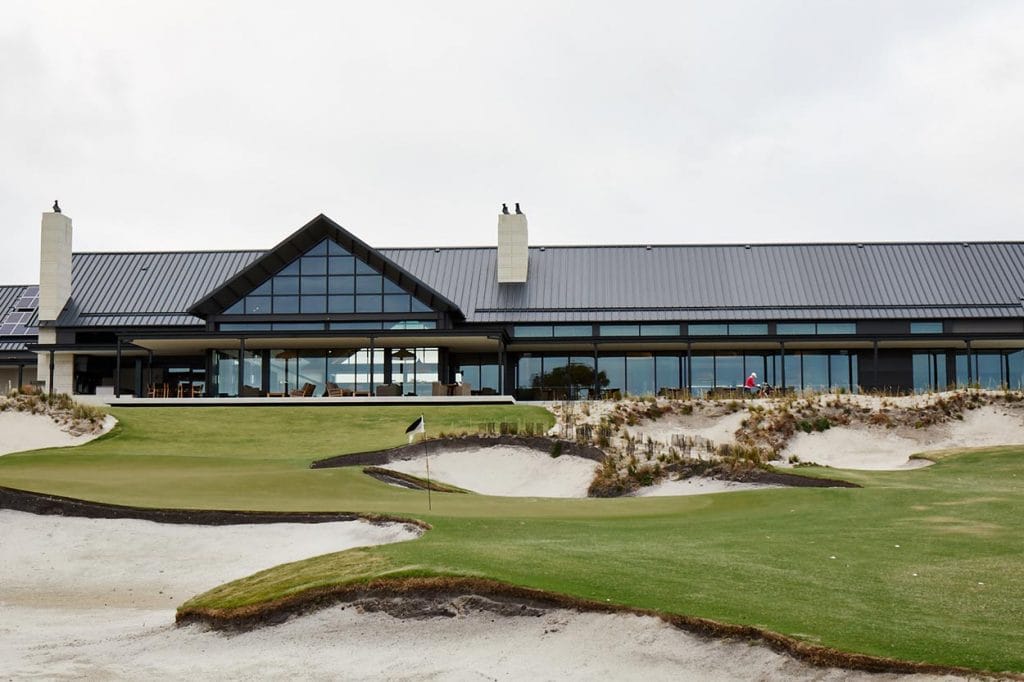 Commencing in 2014, Peninsula Kingswood’s two courses underwent an upgrade unlike any other seen previously on the Sandbelt, led by Ogilvy Clayton Cocking Mead (OCCM). The aim was to realise the potential of the site by creating a true Sandbelt experience, both in design and conditioning. Bunkers and creek-lines add a level of complexity to the already strategic route created by the careful sculpture of the natural landscape. One of the most significant new features comes with the putting surfaces. A new construction method and a variety of bent grass in Pure Distinction has given the club consistently firm fast greens which rival the best in the world.

While the intention was never to create two distinctly different designs the nature of the site suggested that the North would always feel a little different to the South. The North, playing over sandier and more undulating ground (with perhaps the best examples of heathland vegetation of any ground), was always intended to be a pure Sandbelt experience. Firm and fast, with tilted greens, expansive bunkers, wide fairways and roughs, the North course features that distinctive combination of sand, native grasses and heathland vegetation that the region is known for.

Since the original Peninsula course was developed into a 36 hole facility in the late 1960’s, the South course was always regarded as the longer more difficult test. Built over flatter ground than the North, the new design looks to capture its sandbelt origins. Bunkering and greens design have been reworked, putting more of a premium on positioning from the tee.  Perhaps the most unique characteristic of the new design has been opening up the original creek lines, forming a key part of the design on at least half a dozen holes. The South remains a ‘big’ course – it is long with wide fairways, large bunkers and big greens. When playing Peninsula South, be prepared to have every part of your game tested.

The diagonal left to right line of the fairway and greenside bunkers force all but the longest hitters to make a choice of both line and club from the tee.

The wide green has difficult pin positions in both the left and right wings and the best line for the drive is left when the pin is right, and right when the pin is left – unless, of course, you like pitching over bunkers. Some like the visual definition of a bunker lip to carry but the majority prefer the open lines that are the reward for a well thought out tee shot. Look for the pin position before you tee off!