Designed by home-grown Adelaide golf course architect, H.L Rymill, Kooyonga Golf Club is a wonderful example of a traditional style golf course laid out on a sandy, undulating parcel of land in the sandbelt, located 15 minutes from Adelaide’s CBD.

Fate played a vital role in the founding of Kooyonga Golf Club. A 1922 train strike forced South Australian golf pioneer H.L ‘Cargie’ Rymill, to take a tram from the city to his home at Henley Beach. During the trip he noticed that a stretch of undulating swampland and sand hills, known as May’s Paddock, was for sale. After inspecting the site and realising its potential for great golf, Rymill immediately acquired the land, conceiving the Kooyonga Golf Club. Within a few months, the first nine holes were open, with a further three announced shortly after that. The club officially opened on May 9th 1923 and by June 1924 a full 18 holes, designed by Rymill himself, were ready for play.

The layout is testing but fair. The late Peter Thomson, after winning the 1972 Australian Open Championship at Kooyonga, probably best described the course from the player’s point of view when he said, “It needs to be played with the head as much as the hands.” 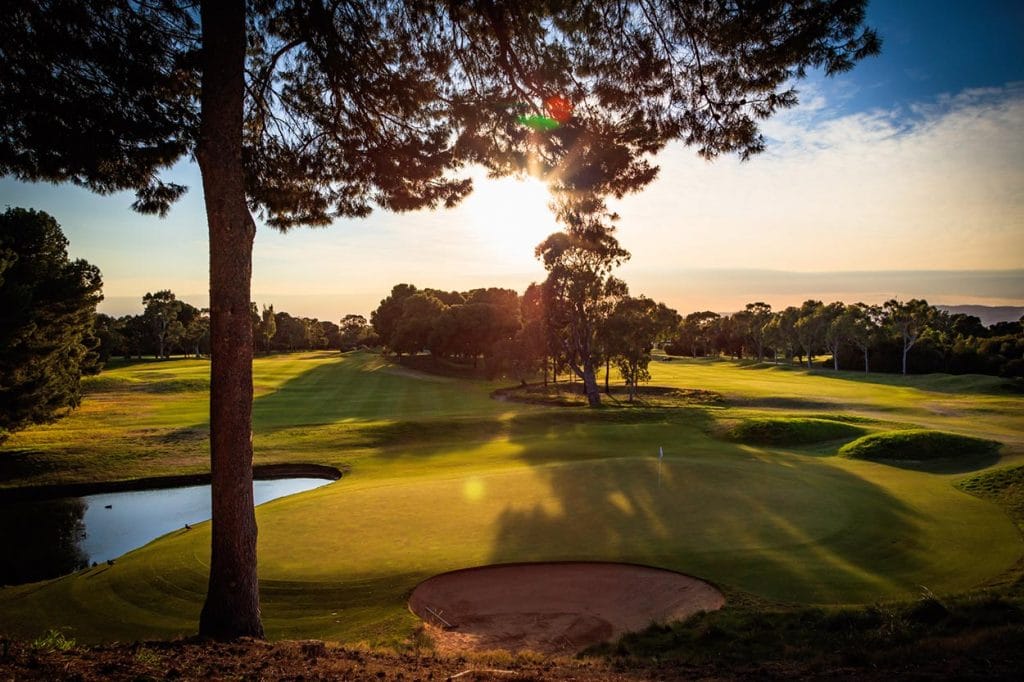 The original clubhouse was built in 1924 on the site of an old farmhouse named “Surrey House”. It was unsalvageable after numerous 1970’s additions and was demolished to make way for the new clubhouse, opened April 2009. These days, the clubhouse is a beautiful modern building with all the traditional elements expected from a top Australian golf club. From the Club’s dining areas and terraces, golfers can relax and enjoy the sweeping panoramic views of the golf course.

Consistently rated amongst top golf courses in Australia (currently 25) the Club has long been recognised for its superb conditioning and playability all year round. Kooyonga provides an outstanding golfing experience and is a ‘must play’ course for interstate and international golf tourists. 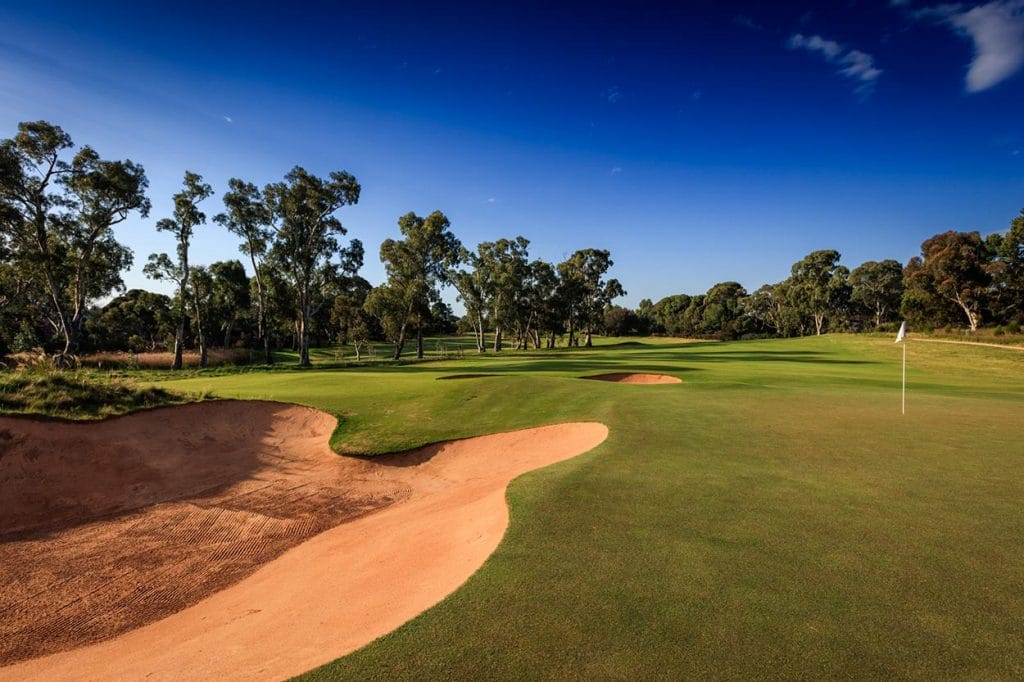 Kooyonga is a challenging course that has hosted numerous championship events, most recently the 2018 Women’s Australian Open. Its undulating sandy terrain was identified by Rymill as being ideal for golf, an attribute that is as true today as it was in 1922. Wind is an ever-present hazard at Kooyonga making the course index remarkably fluid, depending on the direction of the breeze. Rymill’s original course routing survives to this day, although the course has been enhanced over the years by judicious improvements, the most recent by current architects Crafter + Mogford.

The fact that the current layout has been achieved with only minor changes to Rymill’s original design is a clear indication of his vision, knowledge and understanding of the ‘Ancient Game’.

One intriguing characteristic of Kooyonga is the back-to-back par 5 opening holes, followed by consecutive par 3 holes on the back nine. While giving an unusual balance to the course card, each of these holes plays quite differently to its companion in terms of length, character and direction of play.

Back in the 1965 Australian Open, South African professional Gary Player eagled both the first and second par 5 holes, contributing to a blistering third round of 62, adding to his eventual 6 stroke victory over Jack Nicklaus.